On May 5th, 2017, an uncommonly sweet wedding took place at Airlie: Virginia’s most iconic romantic getaway. There, in the secluded quietude of the Northern Virginia woods, Jessica and Doug exchanged vows and became husband and wife. For the rest of their lives, they will look back at this moment as the place where it all started. Before the wedding, it was all fun and games for the bridesmaids, who celebrated Jessica’s impending marriage by getting dressed up in kimonos and hugging it out. Doug and his posse kept things a bit more serious, focusing on getting ties tied and shoes shined and cufflinks buttoned tight.

When the two came together, they embraced and kissed alongside a glistening lake, and it was evident to all present that Jessica and Doug were meant to be together. Together, they traversed an old stone bridge hand-in-hand, and together they posed under an Eastern-themed gazebo for extra kisses. They kissed one last time under a thick black umbrella as the first drops of rain trickled down, and then it was time to get married. All rose to watch the bride and groom proceed down the aisle, and with a tasteful and loving kiss the two were wedded. Under a shower of confetti strewn by their loved ones, Jessica and Doug brought their new marriage out into the sunlight for the very first time.

At the reception, guests sipped champagne under strings of gleaming golden lights while introductions were made and toasts were proposed. The bride and her father took the floor and joyful tears were shed as Jessica was waltzed away into her new marriage. Guests dined on nouveau twists on old-fashioned family fare, including gourmet mac ‘n cheese and bayou-styled potato puffers. Speeches were made by representatives from both sides of the aisle, and those orations ranged from the heartfelt and deeply touching sentiment to the brash cover-your-ears sort of friendly roasting familiar to anyone who has ever been a groom.

The DJ spun all the classics while young and old alike hit the floor. Old friends became new friends, strangers became best friends, and in-laws became family over the course of the evening.

The night was commemorated by photographs taken by Talha of The Wedding Mode so that Jessica, Doug, their relations, and their future children can treasure the night they got married. By the end of the evening, family members and guests walked away proud of the new marriage that they had witnessed come together before their very eyes. Tears were shed, songs were sung, and a bond was forged that will stand the test of time 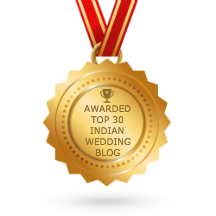 6 Reasons Why Your Destination Wedding Venue Should be in Jaipur

How You Should Hire a Wedding Planner

Allure Events & Weddings answers all your questions regarding Wedding Planning

You Should Have Wedding Planner For These Reasons

20 Super Simple Ways to Cut the Costs of Your Wedding

The Reasons Why We Love Wedding Photographer

5 Tips to Help You Plan a Stress-Free Wedding